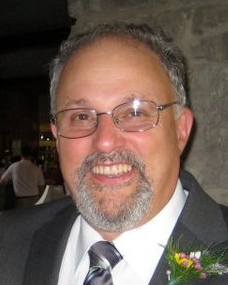 Last fall, Bob Baker spent four weeks as an inpatient and another six weeks as an outpatient at Mount Sinai Rehabilitation Hospital. Bob suffered from Guillain-Barre Syndrome that left him immobile. It was the day after labor day when he arrived at the hospital and he found Mount Sinai to be “a world class rehabilitation facility.” The numerous nursing staff, rehab doctors, PAs, as well as physical and occupational therapists who cared for Bob were amazingly helpful and uplifting. Bob went on to say, “They literally got me back on my feet so I could start returning to my normal existence.” Thanks to his hard work and supportive team, Bob now hikes, snowshoes and carefully uses a ladder to rake snow from his roof in northern New Hampshire.

It is success stories like this that inspired the Recognize a Star Program. Bob has chosen to not only honor one caregiver but his gift recognizes the entire nursing and rehabilitation staff, on both the inpatient and outpatient floors. Bob stated how the rehab nursing, medical staff and therapist were all-stars and played an important role in his recovery. “Their skill, dedication, up-beat attitude and willingness to do whatever it takes to keep their patients comfortable and motivated to get well is so special. They are a great team...They will never be forgotten.”